Leon Wiener Dow is a rabbi, a scholar of Judaic studies, an educator, and a writer. He is a research fellow at the Shalom Hartman Institute and teaches at Bina’s Secular Yeshiva in Tel Aviv. He lives in Jerusalem with his wife and their five children. 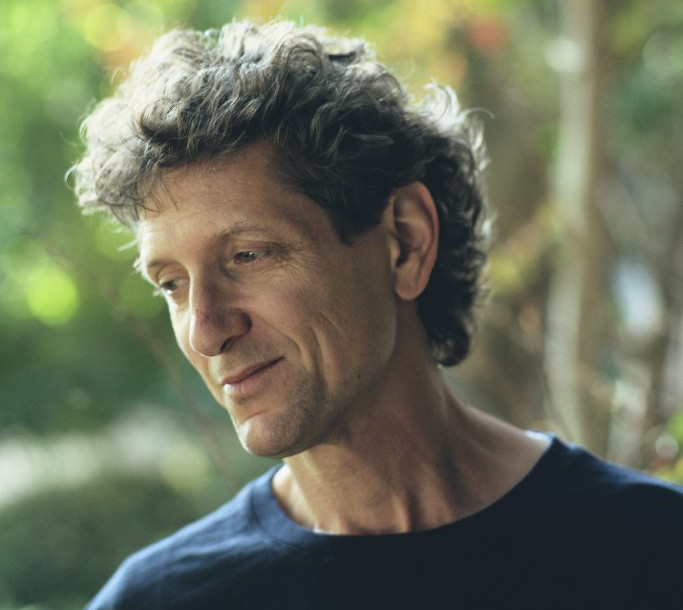 Leon received personal rabbinic ordination from Rabbi David Hartman ז״ל. Though he devotes most of his energies to teaching and writing, he also performs lifecycle events, taking special pleasure in working with couples on their way to marriage and then performing the wedding.

Leon received personal rabbinic ordination from Rabbi David Hartman ז״ל. Though he devotes most of his energies to teaching and writing, he also performs lifecycle events, taking special pleasure in working with couples on their way to marriage and then performing the wedding.

Winner of the 2018 National Jewish Book Award in Contemporary Jewish Life and Practice:

The Going: A Meditation on Jewish Law

– Leora Batnitzky, Professor and Chair of Department of Religion at Princeton University

The Going is a highly original theological work offering many new insights and potential for future avenues of halakhic thought.

The Going represents an innovative force in Jewish literature. ... Leon Wiener-Dow's writing brings to the fore a fresh voice that is bound to influence the conversations of Jews around the world.

A truly dazzling achievement, Wiener Dow’s The Going will open your heart and expand your mind. Lyrical and wise, this book’s grace and depth makes you want to savor it slowly.

Grounded in the particularity of his life journey towards, through, and within Jewish tradition, Leon Wiener Dow weaves bright threads of the Jewish tradition with lived experience to produce a 21st century vision of Jewish community. The pages of this book pulsate with the vital urgency of one who knows that every private encounter with the Divine demands nothing less than the always risky but ever invigorating commitment to community and the life of action.

Following in the footsteps of his great teacher David Hartman, Wiener Dow brings together into shared conversation the dominant voices in modern Jewish philosophy, rabbinic thinkers, and today’s Jew, whose intimate struggles negotiate the tensions between tradition and the contemporary world.

At once lyrical, lucid, and moving, The Going has much to teach both those interested in what it might mean to live an observant, committed Jewish life as well as anyone concerned with the question of how to live today in a world seemingly replete with endless choices.

Ronald O. Perelman Professor of Jewish Studies and Chair of Department of Religion at Princeton University, author of How Judaism Became a Religion

In this remarkably intimate account of his own religious journey, Wiener Dow draws on his vast reservoir of philosophical and rabbinic knowledge to offer a novel and compelling approach to Torah. Wiener Dow addresses the mind while also touching the soul of those who seek the Divine.

In this powerful, haunting, exhilarating volume, Leon Wiener Dow bravely explores the halakha from the inside out, and the outside in. He brings into the halakhic conversation arresting new readings of what this ever-changing and so often vexed system can and perhaps must be. Like the halakha, his book challenges us to think hard about our lives and to and act with conviction.

In this beautiful new book that cuts across genres, Leon Wiener Dow brings together a keen philosophical sensibility, a phenomenological eye, and a manifest love of traditional Jewish sources. Weaving these strands together, he produces something both rare and precious: a book informed by academic Jewish studies whose beating religious heart can be felt on every page.

President and Dean, Mechon Hadar; author of The Heart of Torah: Essays on the Weekly Torah Portion

What's new in our blog

Prelude: The Ins and the Outs I have something to hide – something unsightly – and I’ve come to understand that part of my healing process involves a willingness to roll up my sleeves and expose what I’d rather keep private. You see, a skin malady has plagued me on and off for the past […]
Read More
11